Mexican Food 101: The History of Sopapillas

One of the most delicious and versatile Mexican food classics is sopapilla. While it’s traditionally served as a dessert, this deep-fried pastry can actually complement both sweet and savory flavor palettes, and sometimes is featured in main entrées. Since it was first invented, the sopapilla has become a staple in Hispanic homes and restaurants all over the world, and is just as ubiquitous as the tortilla. Where does it actually come from, though? In this post, El Sombrero Restaurant in Statesboro, GA, explains the origins of this delicious invention, which is one of the most popular options on their dessert menu. 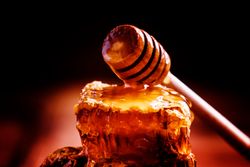 While they’re often thought of as Mexican food, sopapillas as we know them were most likely created in New Mexico, about 200 years ago. Here, they were initially enjoyed with powdered sugar and syrup or honey. Their popularity eventually spread to several South American countries, where they are often consumed with cinnamon and sugar—or, when paired with savory dishes, ketchup and mustard.

Like crêpes, sopapillas are usually associated with sweet flavors, but can also be stuffed with cheeses, meats, and beans for a heartier meal, similar to a burrito or enchilada. At El Sombrero Restaurant, their sopapillas are typically dessert fare. For a more traditional dish, order your sopapillas drizzled in honey, butter, and cinnamon; or, on a hot afternoon, consider ordering them topped with ice cream—a truly decadent treat! However you enjoy your sopapillas, you’ll be pleased with the crispy crust and delicious filling.

An order of sopapillas is the perfect way to conclude your dinner at El Sombrero Restaurant. For questions about catering services, or to place a takeout order, give the Statesboro, GA, Mexican food restaurant a call at (912) 764-9828. You can also view their menu and order through their website.