What Are the Reasons to Take the Car in for Dent Repairs?

From an errant shopping cart bumping into a side panel to a minor fender bender, there are several reasons why your car may end up with a dent or two. Since the damage can range in severity, it’s challenging to determine whether you should bring the vehicle in for dent repairs. It’s best, however, to fix the issue sooner rather than later; a few of the reasons are outlined below.

If there are any scratches due to the dent, water can seep through to the unprotected metal, causing the vehicle to rust. If the problem becomes too widespread, the corrosion can start to eat away at the body and chassis, making the car structurally unsafe to drive. If it’s taken to a body shop soon enough, a technician can sand away the rust and prime the metal to prevent future damage. 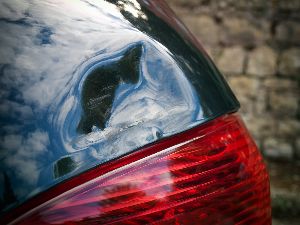 If the damage that makes the dent takes away some of the paint, it’s important to get it fixed right away. Exposure to the weather, everyday wear, and even washing will cause the cracks in the paint to grow even larger until it begins to flake off. This process is called delamination and it can cause your vehicle to lose its visual appeal. A technician can repair the chips by removing the damaged coating and finding the right color shade to match the original layers.

Waiting too long to have the damage fixed could turn a minor repair into major damage, costing you more in the long run. Or, if you try to fix the dent on your own, it may cause more issues than the original problem. For example, not using the correct tool could make the dent larger or it could pull the metal too far out, stretching it to the point that the metal needs to be shrunken back again.

If you recently got into a fender bender, or a shopping cart left a dent, reach out to Jerry Ernst Auto Body in the Cincinnati, OH, area. For the last 40 years, they have offered a full range of repair services, including paint and bodywork, panel beating, and full vehicle restorations. To schedule your own dent repair or for more information on their services, call them at (513) 871-7200 or visit them online.