A Guide to Juvenile Court Cases in Alabama

Minors under the age of 18 who commit crimes may be spared from the more severe implications of a standard criminal law trial. Instead, their case is usually handled by the juvenile justice system. Here's what to know if your child is accused of a criminal offense in Alabama.

If a child is under the age of seven, they'll most likely not be tried at all. If they're between seven and 18, their parent, another relative, or a law enforcement officer may file a complaint in juvenile court. Then, an intake officer will assess the complaint and decide whether to file a formal complaint with the juvenile court.

If the complaint is filed, the parents and minor will be informed of their rights. Then, the minor will either be given back to their parents, placed in shelter care, or sent to a juvenile detention facility. 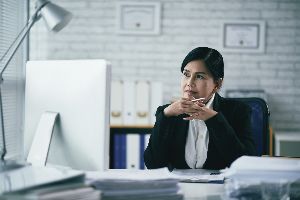 While adults may be detained for weeks or months before they're seen in court, juvenile offenders are only allowed to be detained for 72 hours before they are given a hearing in front of a judge. The judge will decide whether the child can be released until their trial or if they should remain detained.

In rare cases, minors may be tried as adults in Alabama courts. This occurs when the child is 14 or older at the time of the conduct charged and is alleged to have committed an act which would constitute a crime if committed by an adult. The court will consider a number of factors in deciding whether to transfer the case out of juvenile court, including the nature of the offense and the prior juvenile record of the child.  Once a child is tried as an adult in Alabama, they'll be tried as such from there on out.

If the case is kept in juvenile court, the minor will appear before a judge and no jury. Additionally, the details of the case will be kept private, only known to the complaining witness and the child’s guardians, attorney, and probation officer.

If the child is found guilty, they may be sentenced to community service, a rehabilitation program, probation, or time in a juvenile detention center.  Although the juvenile record is sealed, and not accessible for most background checks, law enforcement will have access to it in the event the child has contact with law enforcement later in life.

If your son or daughter has been accused of a crime, turn to Angela L Walker PC Law Office in Foley, AL. This attorney has over two decades of experience helping minors and adults avoid life-changing charges. If she can’t have your child’s case dropped, she'll work to diminish the charge's severity or appeal a past conviction. Learn more about her juvenile defense work online, or call (251) 970-2575 to schedule a consultation.