In that case, the client became intoxicated at a local bar in a popular bar district. The client was removed from the bar and police called. While bar personnel did not press charges, the client became involved in an altercation with police on the street outside the bar, and was subsequently arrested. Force was applied, resulting in minor injuries to the client.

The client was charged with Disorderly Conduct, Resisting Arrest, and Criminal Mischief for kicking a patrol car. The client was immediately jailed.

While obviously not a favorable situation, Mr. Corletta applied his knowledge of the law by reviewing the Accusatory Instruments charging the client with the above offenses.

Noticing that they contained insufficient factual allegations, Mr. Corletta researched the law and immediately filed a Motion to Dismiss. At the next Court appearance, 2 of the charges were immediately dismissed by the Court for lacking sufficient factual allegations to sustain them, leaving only the Resisting Arrest charge, which Mr. Corletta also argued should be dismissed.

While the Court denied that motion, Mr. Corletta conducted further research and filed a Motion to Reargue the Court's Decision, making a strong argument the Court was wrong. On the return date, the District Attorney modified their plea offer so Mr. Corletta’s client was offered a plea to the minor violation of Disorderly Conduct, a non-criminal offense, with a small amount of community service.

This was certainly quire a favorable disposition, and miles from where the client started. The client was convicted of none of the original charges, and received only a plea to a minor violation with a token amount of community service. The client and the client’s parents, who will probably impose greater discipline than the Court ever could, were extremely grateful. 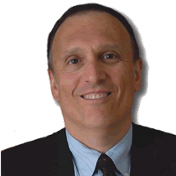