4 Common Questions About the American Flag

Whether you’re showing national pride on the Fourth of July or flying your flag every day, the American flag has many traditions and symbols folded into it. If you’ve ever been unsure about flag etiquette or proper flag procedures, you’re not alone. To learn more about the U.S. flag, here are four answers to common questions about the American flag.

Answers to FAQ About the U.S. Flag

What does the design mean?

The design of the flag became what it is today in several stages. The first American flag sewn by Betsy Ross in May of 1776 featured thirteen red and white alternating stripes with thirteen white stars over a square field of blue — much like our modern flag today. From 1777 to 1959, the American flag went through numerous different star arrangements to accommodate the growing number of states joining the Union. When Hawaii became an official state in August of 1959, the standard design was created with 50 stars and 13 stripes.

How should I fold the flag? 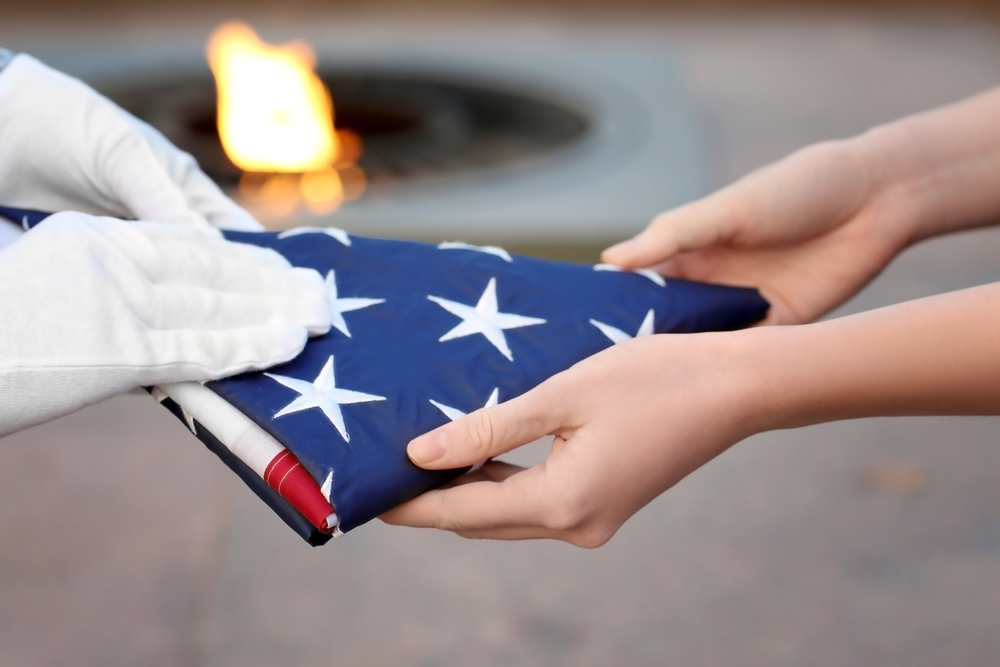 There is no code requiring a specific method for folding the flag. However, there is a traditional triangular fold that has become commonplace. To fold a flag in this manner, fold it in half lengthwise twice with the stars facing outward. Then, starting from the striped corner, fold the flag inward in a 45-degree angle. Repeat this fold to form a uniform triangle with the flag’s stars on top. Tuck the grommeted end into the final fold.

Why is the flag flown at half-staff?

Is it okay to fly a U.S. flag during inclement weather?

The United States Flag Code states that the flag should not be displayed in poor weather unless an all-weather flag is displayed. These flags are designed to better withstand the wear and tear of remaining outdoors in most weather conditions. To make them resistant to strong winds and whipping rain, they’re typically made of nylon or polyester. The heavy-duty polyester is the stronger material.  But to maintain longer life, don’t fly your flag during severe weather.  Remember, if you display your flag around the clock, it must be properly illuminated at night.

If you’re looking for a U.S. or other flag, flag poles, or accessories, for your home, business, or boat, call for an appointment over the winter, or stop by this spring.  Harbortown Flag of Vermilion, OH, has high-quality Made-in-the-USA products and affordable prices. To learn more about their available inventory, visit their website. To speak to a representative for any questions, or to make an appointment until returning to 7-days in late March, call (440) 967-FLAG (3524).