5 Steps to a Criminal Case

While most people understand a criminal case starts with the police arresting someone, reading them their rights, and taking them to meet with a defense attorney, you may be unfamiliar with how the process proceeds. After the arrest and booking stages, the individual in custody goes through several steps to prepare for a potential trial. If you’re interested in learning more about this, here are the aspects that are involved in the criminal justice system.

What Is the Process of a Criminal Defense Case?

First, the accused individual must appear in front of a judge. Their charges will be read, and they may plead guilty, not guilty, or no contest in response. During the arraignment, the judge can set a bail amount or deny bail. If they choose to deny it, the individual remains in custody until the trial.

During this stage, the defense attorney and prosecution will investigate the case and build their arguments. They’ll gather evidence, police reports, and witness testimonies to present to the court and jury. After the arraignment, the defense can ask the prosecution to reveal the documents and information they plan to use in court. 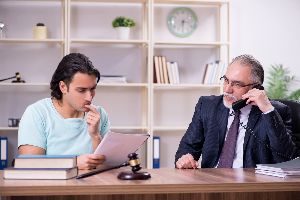 If the defense attorney believes that the prosecution’s case is strong, and that their client is unlikely to overcome the charges, they may suggest a plea deal. In this case, the accused will plead guilty to the crime before the trial in exchange for a reduced sentence. This might translate to less jail time, legal fees, and public exposure.

Before the arrested individual can take a plea bargain, they must attend several hearings. The first is the preliminary hearing, which is where the prosecution reveals the evidence they plan to use. Here, the judge decides whether the prosecution’s evidence shows probable cause of the defendant’s guilt. Without this, the defendant can’t be tried. If the defendant doesn’t choose a plea bargain, they will prepare for a pre-trial hearing. During this, both sides will negotiate, and they might make motions. These motions can exclude evidence from the trial that might sway the judge or jury.

After a brief waiting period, a criminal trial will occur. This occurs in a courtroom, where both sides present evidence to a judge and jury. Trials may range from 30 to 270 days, depending on the crime. After the judge or jury makes a decision, the defendant will be acquitted or convicted. If convicted, they will be sentenced to a penalty, such as jail time or fines.

If you or a loved one has been charged with a criminal offense, turn to James F. Bogen, Attorney at Law in Cincinnati, OH. Since 2002, this firm has been giving a voice to the accused. From the initial arraignment to the trial, this defense attorney and his team will give everything they can to your case. Learn more about their legal services online. Call (513) 503-7251 to schedule a consultation.