By Law Office of H A (Alec) Carpenter IV

Drug-related crimes can have serious consequences, including fines and imprisonment. Drug charges are also complex, as punishments vary according to the type of drug, how much of it a person possessed, and whether it was for personal use or distribution. If you are facing drug charges of any kind, it's best to talk to a criminal defense lawyer to learn what repercussions you might expect and how to mitigate them. Here are some common questions and answers about these charges.

A Guide to Drug Charges in North Carolina

What are the types of drug crimes?

The most common drug crime is possession of an illegal substance. However, there are also charges for manufacturing, distribution, and trafficking. These tend to have more severe consequences. For example, a charge of "possession with intent to sell" could bring a tougher sentence than possession.

How are illegal drugs classified? 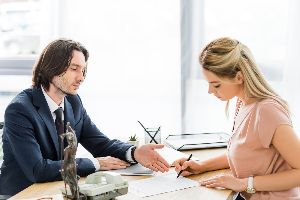 What are the possible penalties?

What are some possible defenses?

A criminal defense lawyer may question whether evidence was illegally obtained, such as through an illegal search by police. They may also question whether your Fifth Amendment rights, protecting you against self-incrimination, were violated. The exact defense will depend on the details of your case.

If you are facing drug-related charges in Greensboro, NC, trust The Law Offices of H.A. (Alec) Carpenter IV for assistance. This compassionate criminal defense lawyer  focuses on evidence and will fight tirelessly to protect your interests, making himself available 24/7. To schedule a free initial consultation, complete the online form or call (336) 333-5255.