What Parents Should Know When a Child Is Arrested in Connecticut

The criminal justice system understands that children are not fully developed adults, so juveniles accused of committing a crime are treated differently. If your child has been accused of a crime, understanding the likely outcomes and how to post a bail bond will help achieve the best possible outcome for your family. Here's a brief look at Connecticut’s juvenile justice system.

What Are the Options for Juveniles Charged With a Crime?

The state has various options for handling juvenile cases. Depending on the situation, the officer may not even take the defendant into custody. They may instead give them a summons with a court date, which has the same effect as an arrest. This is most common if a juvenile has been charged with a crime that doesn’t involve injuries or property damage. 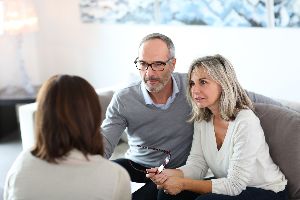 If the juvenile has been taken into custody, the court may immediately release them into their parent’s custody. While this is most common, if a defendant already has a criminal history or is charged with a major offense, the court may elect to keep them in juvenile detention.

How Does Bail Work for Juveniles?

Children accused of a crime are typically released under a court order, so posting bail is relatively rare. However, if a child is held in detention, posting a bail bond for juveniles in custody is more complex since only adults can enter into legal contracts. This means that defendants require their parents’ permission to post bail and will need an adult to work with a bail bond agency to secure their release.

How is Connecticut Addressing Juvenile Crimes

New legislation was signed into law as of May 2022, allowing for more immediate arraignment and services for juvenile offenders, including the use of GPS monitoring when considered necessary. Besides new laws, the campaign #InvestInMeCT seeks to reduce the number of system-involved youth by addressing the root causes of youth criminalization. Justice Advisors claim to have identified 7 inequities and injustices commonly experienced by system-impacted youth and communities.

If your child has been arrested in Connecticut, reach out to 3-D Bail Bonds. These bail bondsmen are here to help keep your family free while awaiting trial, and they offer payment plans to help cover cases where bail is high. Visit their website to look up your nearest location now, follow their Facebook for helpful tips, and call (860) 247-2245 to reach the main office in Hartford or find them at 57 Fishfry St. across the Hartford Correctional. To speak with a bail agent in New Britain, call (860) 229-2525 or visit the office at 15 Arch St near the New Britain Police Department, or dial (203) 562-6666 for help posting bail in New Haven County.