Collectors and auto enthusiasts love exploring beautiful vehicles at car shows. If you’ve never attended one before, you may be unsure how to act at your first one. While all events have different regulations, here are a few general guidelines to keep in mind so you and those around you can have a good time.

1. Leave Space for Others

If you’re parking your own car at the event, take up just one spot.

Some drivers want to reserve two spaces to eliminate the chance of anyone scratching or bumping their vehicles, but there wouldn’t be enough room for all cars if all collectors did this. Since other drivers also want to protect their rides, they will park carefully. 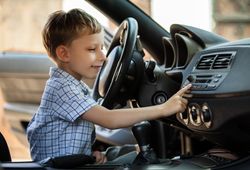 Many people love sharing their cars with others, but that doesn’t mean they want a bunch of smudges on their hood.

Avoid touching someone else’s car, especially without permission. If you have kids or pets, keep them close so they don’t accidentally damage vehicles as well. Ask the car’s owner before allowing little ones inside.

It’s fine to talk and have a good time, but allow others to do so as well.

Don’t blast your own music, particularly if there’s a DJ at the event. When starting a car, avoid peeling out or revving the engine, as loud noises could disrupt others’ conversations.

4. Look Out for Photographers

Try to avoid walking right in front of someone’s camera and ruining their shot. If you see a photographer taking pictures, try to bow out of the way. When you show people common courtesy, they’re more likely to help you in the same way when you want to take a picture.

If you’re interested in car shows, head to LittyPalooza in Johnsonville, SC. This music festival brings together DJs, cars, bikes, and a cool atmosphere. You can even bring your own coolers to enjoy delicious drinks throughout the day. The 2020 event has already passed, but visit their website or call (843) 933-5085 for information on next year’s festival.