The Hartford area is experiencing a recent spike in violent crimes, leading to more arrests than usual with serious charges. If someone you care about is accused of a violent crime, you may be wondering whether they’ll be kept in custody throughout their entire trial. Here's what you should know about bail bonds for defendants facing more severe charges.

How Do Bail Bonds Work?

Bail is essentially collateral the court holds to ensure the defendant appears at all their court dates. Many families don’t have the resources to post the full amount, which is why bail bonds are so important.

In exchange for a small percentage of the bail amount, the agency will guarantee the court that the defendant will make their hearings. The full amount only becomes due if the accused doesn’t show up for a court date.

How Are Bail Amounts Influenced by Violent Offenses? 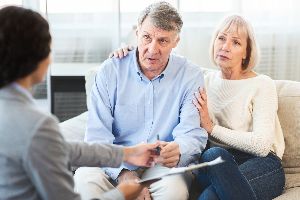 While courts may order individuals accused of violent crimes to be kept in custody, most people will be eligible for release while they await trial. When setting bail amounts, the court will consider a variety of factors, including whether the person is a flight risk, if they’ve been accused of serious offenses in the past, and whether they present a threat to the community.

However, bail amounts for violent crimes are often much higher than other offenses. For instance, a defendant accused of a shooting in Hartford is being held on a $1.75 million bond. Even with the help of a bail bond agent, many families don’t have enough to cover the fees.

If you or a loved one has been accused of a violent crime in the Hartford area, 3-D Bail Bonds will provide prompt, effective bail bonds services. We’ve been serving clients throughout the area for nearly 25 years and will strive to secure your release as quickly as possible by working with the Hartford Police, State Police Troop H, or any other law enforcement facility in Connecticut. Visit us online now to learn more about our bail bonds services, follow our Facebook for tips and advice, or call (860) 247-2245 to reach our office, which is located directly across from the Hartford Correctional Center at 57 Fishfry St., 2nd Floor, Hartford, CT, 06120. Serving all Hartford neighborhoods, our local agents are available 24/7.