Domestic violence charges are always serious, with outcomes that could affect your life for years to come. A conviction can carry lengthy prison sentences and large fines, and you may have to post tens of thousands of dollars in bail money just to get out of jail before trial. If you or someone you care about has been accused of domestic violence, here are the answers to the most frequently asked questions.

What You Should Know About Criminal Charges for Domestic Violence

What qualifies as domestic violence in Connecticut?

In the state of Connecticut, any behavior that causes harm to someone in a household—or includes the threat of harm—can be considered domestic violence. This applies to spouses, children, unmarried romantic partners, and roommates.

What are the penalties for domestic violence?

Domestic violence includes a wide range of charges with penalties that vary widely depending on the situation. For instance, assault in the first degree is a Class B felony that’s punishable by prison sentences of up to 25 years and a possible $15,000 fine. If you’re charged with threatening in the first degree, you may face $5,000 fines and up to one year in jail.

How are bail amounts set in domestic violence cases? 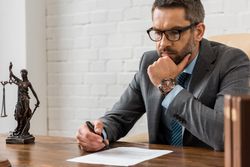 Judges have a great deal of latitude when deciding how much bail money you’ll need to pay, so they’ll typically weigh several factors before setting an amount. For instance, the base bail for a misdemeanor charge may only be $500. However, if the court believes that you present a serious threat to your family members, or the alleged victim was seriously injured, they may set bail as high as $50,000 or in more serious charges the bail could be substantially higher.

What happens after I’m arrested?

After you’re arrested and processed into the system, you’ll have to wait for the arraignment. At this hearing, the judge will listen to a summary of the charges and decide on a bail amount. If you don’t have the bail money on hand, a bondsman can help secure your release until your case is complete.

If you’ve been charged with domestic violence anywhere in Connecticut, 3-D Bail Bonds will help ensure you have the bail money you need to get back home where you belong. Our team has been serving defendants throughout the state for over 25 years, giving us the expertise to help in even the most difficult situations. Call (860) 247-2245 to reach our headquarters located at 57 Fishfry St 2nd floor Hartford for 24-hour bail bonds services in the Hartford area. Visit us online to learn more about our New Britain, New London, Norwich, Hamden, or New Haven, and Bridgeport locations.