Everything You Should Know About Kawaii

By I Go Tokyo

The term kawaii is a rough translation for “cute” or “loveable” in Japanese. It refers to a style with an identifiable aesthetic that encompasses a large portion of Japanese pop culture. Japanese boutiques often include items that draw inspiration from the kawaii style. The guide below discusses more about this style and its origins.

What Are the Origins of Kawaii?

Kawaii culture, as many know it today, began in the 1970s. However, some aspects of kawaii may have older roots dating back to the Heian period in Japan, which lasted from 794 AD to 1185. During that time, many art pieces included animals with human characteristics or faces on inanimate objects. 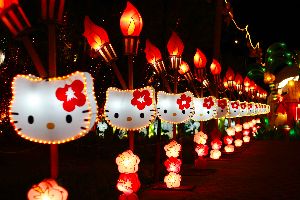 The more recent iteration of kawaii began over 40 years ago when Japanese teenagers created cute, childlike handwriting known as burikko ji (fake-child writing) or marui ji (round writing). The script had curvy lines, and people would decorate their rounded writing with character faces, hearts, and stars. A common assumption is that the handwriting was a response or rebellion against a conservative post-World War II Japan. The country’s youth used stylized writing as a way to showcase their individuality. Unfortunately, marui ji was banned in many schools, but it continued to gain popularity throughout Japan through the 1980s.

A popular kawaii character that boosted the style’s popularity is Hello Kitty® by Sanrio in 1974. Designer Yuko Yamaguchi created a cute white cat-like character with a pink bow on its head and no mouth. Hello Kitty is a staple in pop culture and one of the first images that come to mind when people think of kawaii.

What Are the Identifiable Features of the Style?

The kawaii style embraces childlike simplicity using few lines and pastel colors to create characters. Many kawaii faces include sparse features but no noses. Even inanimate objects will have faces with big ovals for eyes, a small curved line for a smile, and perhaps rosy cheeks and a bright white dot to signify a twinkle in the eye.

What Are Kawaii Items to Find at a Japanese Boutique?

Many shops and Japanese boutiques sell items that embrace the kawaii style to create adorable, fun everyday goods. They may consist of Bento food picks with colorful anthropomorphic food items or cloth masks that have drawings of a tiny cheerful egg. Japanese boutiques may also have Bento lunch boxes, makeup brushes, clothing pins, stationery, and jewelry with the bright colors, personality, and charm of kawaii culture.

If you’re looking for a Japanese boutique to find kawaii products in Chattanooga, TN, head to I Go Tokyo. Since 2018, this cozy shop has offered customers a wide range of kawaii-inspired Japanese goods in beautiful colors and charming accents. The store’s inventory includes everything from home goods to souvenirs from well-known Japanese artisans. For more information about their products, call (423) 541-1214 or visit them online today for more information.