KJ has been a Rock Solid foundation of the morning crew since he joined the Bomber Crew in the summer of 2014.  Now he is very consistent with 5am WODs.  KJ is no stranger to hard work, athletics, and competition, as he was a standout for the Lacrosse team at the United States Air Force Academy.  He has translated that work ethic and determination into a very disciplined routine and has been making tremendous strides in the gym.  If you’ve not had the opertunity to meet KJ, you should try to make a 5am WOD and start your day off with a great workout with a great man! 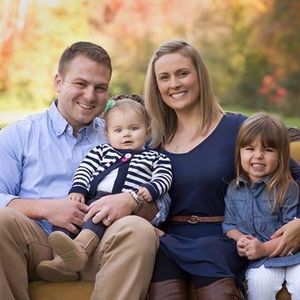 1) What do you like best about Bombers CrossFit?
I was initially drawn to the welcoming community.  My first time at Bombers was in 2014, tagging along with Lillie and Jason Pallo for a Saturday WOD... MURPH.  Despite my less than stellar performance, the coaching staff and other athletes were so positive, It kept me coming back. The combination of that great community, varied programming that I don't have to come up with, and the 5am regulars keep me accountable and getting out of bed each morning.

2) What is your favorite WOD or movement/ what is your least favorite WOD or movement?
I'm not cardio guy... I'm not a rig guy... usually when you see those workouts, I'm pushing the bottom of the whiteboard. My favorites are definitely the Olympic lifts, usually during the strength portion when its heavy weight, low reps. Running, I'm slow. Pull-ups, I'm doing singles by round 3. Usually where I make my time during the WOD is when there's a barbell involved. Not always - but if not there, probably not at all. 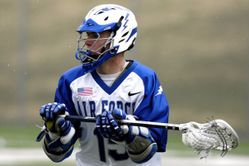 3) What is one thing the Bomber Crew should know about you?
I'm a dad and an Air Force officer. I WOD at bombers for my health and my AF career. I WOD at 5am for my girls. If I can get to the gym and get back home before my two girls (4 and 1) wake up, I get a little time in the morning with them before they head to daycare and my wife and I head to work. Once I'm off work, home with them is the priority... that's why so many of you reading this probably have no idea who I am. I'm not sure I've ever been to an afternoon class at Bombers. If I'm not at the 5am, I'm probably not going that day. But that's what works for me, and I wouldn't trade the 5am crew for any other.

Thanks to Bombers for being a great place to work out. The family and I will PCS next summer, and you guys will definitely be missed. 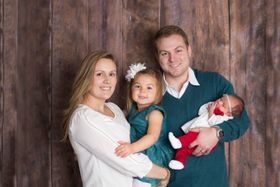